Introduction:2021: A Year Of Progress And Productivity

Over the course of 2021, AERGO has made numerous strides in association to garnering partnerships, improving upon technology and consolidating mutual understanding and collaboration with South Korean governmental and media entities. Since the beginning of 2021, AERGO has been on the frontlines from a technological standpoint surrounding the ongoing COVID-19 Pandemic, as AERGO’s incubated project CCCV has been utilized in South Korea to verify vaccination status among the Korean populace. The project CCCV, develped by Blocko XYZ, a technological partner of AERGO, has allowed for the anchoring of vaccine data on the AERGO public mainnet and this will assist South Korea in a variety of ways.

As of today, confirmation stickers of vaccine status only exist for people over the age of 65, which creates a huge population gap on understanding who is vaccinated and who isn’t, this is where CCCV comes in. CCCV will target ages under 65 in an effort to monitor the vaccination status of the South Korean population, a major feat that proves AERGO’s technological prowess. Since CCCV’s inception, over 2 million subscribers have joined the platform which not only include vaccination status protocols, but provides users with blockchain digital identity and NFT access as well! In fact, CCCV had their first NFT Exhibition in 2021 which was a huge success, leveraging metaverse technology and NFT’s in a virtual exhibition because of the COVID-19 Pandemic. Digital identity in particular has been of great benefit in the ongoing attempt to rectify election fraud and the tampering of the democratic process, which AERGO has been attempting to nullify in South Korea through digitized blockchain voting through its application, Pikkle.

It is not the voters who decide the election, the counters to; this age old phrase has put the democratic process not only into question, but into jeopardy. Since the inception of democracy in Athens and ancient India, there has been no possible method to nullify and minimize the effects of election tampering; even in the 21st century, we have seen election tampering throughout the entirety of the world. It has become evident that democratic-republicanism is under-threat by tyranny, despotism and elusive election tampering. Throughout the globe, voter fraud has become a prevalent topic of discussion from major political entities to the citizenry. Blockchain technology however, is an immutable system that is immune to fraud and provides users with an innovation that is highly secured, decentralized and anonymized with audible chains of records. Blockchain technology has revolutionized and transformed numerous different industries and now it is time for blockchain to perpetuate the ethos of democracy as the catalyst of the collapse and end of voter fraud. AERGO understood this notion, and knew that it must be stopped, so Pikkle was born.

Pikkle was created by Blocko and built on the AERGO platform, Pikkle has become a standard application utilized by the Korean Broadcaster’s Association who signed an MOU with AERGO on April 23rd and Pikkle’s inception occurred to prevent a variety of dilemmas that plague election processes because of malicious intent. Pikkle assists in inefficient election costs, resolving voter processes that create substantial costs coinciding with identity verification, voter fraud, ballot lists and check counts. Pikkle aims to mend the public trust of voting paradigms which. Unfortunately, since the advent of social media, it has become evident that votes can be easily manipulated and influenced for the platforms own self-interest, and this is true for all social media platforms, it is not an exclusionary issue.

The Korean Broadcasters Association aims to utilize Pikkle as the standardized go-to platform for reliable voting services for all users involved. Pikkle collects users information and views and assists in decision making through an application service rather than traditional cold-calling and text voting spams. Pikkle resolves voter fraud by storing data-components of voters such as identification of voters and voting results utilizing blockchain technology; an immutable digital ledger that cannot be hacked, tampered with or corrupted, unlike traditional voting systems. Convenience has become a crucial component of almost every single part of our daily lives so Pikkle encourages the seamless usage of QR codes to participate in voting actions, insured by the public and private trust of blockchain technology. The app’s identity verification service, which eliminates the need for a physical ticket, enables efficient and easy entry into cultural events and festivals, a hallmark of South Korean tradition. Fun fact, the word Pikkle derives itself from two words “pick” and “people”, the people pick the electoral incumbents, not the despots and politicians. AERGO aims to be a progressive company in a variety of ways, and AERGO has recently joined the Cryptocurrency Climate Accord in an attempt to nullify pollution created by blockchains.

Many powerful and prominent figures within our world, specifically Elon Musk, has shown huge interest in blockchain technology, but have pulled back on their stance because of the unfortunate carbon output many blockchains create. Resulting from this, companies like AERGO joined an organization in 2021 known as the “Crypto Climate Accord”, whose aim is to reach net-zero emissions for their respective blockchains. This organization, including AERGO, has some of the most prominent blockchain projects within this initiative which include Enjin, Ripple, Polygon and Terra. One of AERGO’s fundamental goal for this decade is to be carbon-zero by the year 2030, a forward thinking approach in a backward world surrounding energy consumption. In essence, a healthier planet leads to mainstream adoption through the acceptance from not only the populace, but the environment as well.

AERGO hasn’t stopped in its resolve to garner partnerships and expansion within the private, public and blockchain sectors and their partnership with KLAYswap this year emphasizes such a notion. KLAYswap is a complete and automated on-chain swap protocol that operates and leverages on-chain liquidity pools. Liquidity is guaranteed through automated market making mechanisms. KLAYswap enables on-chain swap services for any KLAY or KCT-type token cryptocurrency to become a liquid provider and earn passive income from transaction fee commissions. For AERGOnauts, this enables AERGO token holders to participate in a passive income paradigm simply by utilizing the KLAYswap platform, which in return can earn them AERGO tokens in a decentralized environment. Resulting from this partnership, AERGO has garnered increased liquidity and immutability, which, in conjunction with passive income mechanisms, is a force to be reckoned with. Not only has AERGO garnered partnerships specifically oriented to blockchain companies and MOU’s signed with government entities, but venture capital firms have taken notice of AERGO as well.

AERGO has garnered backing from numerous VC’s within the web of blockchain, and the above chart proves the notion of how far AERGO has come, specifically in 2021. One of the largest blockchain VC firms, Sequoia Capital, invested in AERGO, and Sequoia has invested in other companies you may just be familiar with: Google, Apple, PayPal, Instagram and YouTube are to name a couple. Since AERGO’s inception, other contributors have backed AERGO which include, FBG, GBIC, Arrington XRP, Dekrypt, Rockaway, Neo Global as well as many more traditional VCs.

Venture capital investment is one of the prerequisites in searching for a promising project that could revolutionize numerous different aspects of an industry. Since the beginning of 2021, AERGO has proven itself as a dominance blockchain platform through the realization that many of these VC firms see promise, potential and a future for the AERGO project. It would be of a logical conclusion to make that venture capital firms only invest in projects that they believe have not only monetary promise, but a grandeur vision within its own industry, making AERGO an outlier within the blockchain web. One of the latest partnerships, in December, has also been announced as well with a company known as TrustVerse; the emphasis on the inception of partnerships and the expansion of AERGO cannot be overstated.

Even in the final weeks of 2021, AERGO is making numerous strides to garner business agreements and partnerships to expand upon its reach within our world; one recent business agreement that was announced just ten days ago was the AERGO TrustVerse agreement. TrustVerse is a digital financial solution company, and TrustVerse has agreed to add AERGO token and NFT features on TrustVerse’s digital wallet. Simultaneously, TrustVerse will be a representative 3rd Party Wallet of the AERGO project, an outstanding feat. Through this agreement between these two corporate entities, AERGO will be provided with TrustVerse’s MarS Wallet as AERGO’s representative 3rd Party Wallet, which will in return increase its blockchain ecosystem utilization and flexibility. MarS Wallet will add AERGO ERC20 token, AERGO Mainnet token, and AERGO Mainnet NFT assets storage, transmission, and viewing functions, providing AERGO with increased expansion, exposure and availability to expand even further. It is evident that TrustVerse trusts AERGO’s future vision and the scale in which they which to grow.

2021 is a year in the history book of AERGO that will be remembered for years to come. Government MOU’s were signed, AERGO’s liquidity increased through Klayswap, CCCV has assisted with COVID certification vaccines and NFTs, Pikkle has conceived of a democratic paradigm that assists in the rectification of voter fraud and election tampering, and this is only the beginning. VC firms have noticed the expansion of AERGO, the Korean Broadcaster’s Association is now familiar with the project and utilizes Pikkle, which proves that AERGO has garnered respect and partnerships in the public, private and blockchain sectors, and this is only in 2021 alone. If 2022 is anything like 2021 for AERGO, it is evident that this blockchain project will become one that will be reckoned with.

Disclaimer: Cryptocurrency investing and gambling requires substantial risk, do not invest or gamble more than you can afford to lose! I am not a financial adviser and I am not responsible for any of your trades. It is incumbent that you always do your own research before investing in anything! 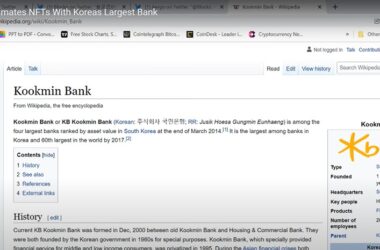 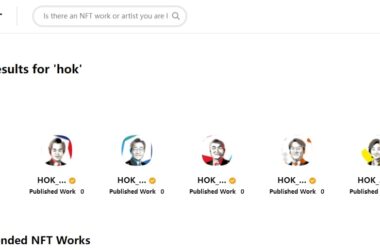 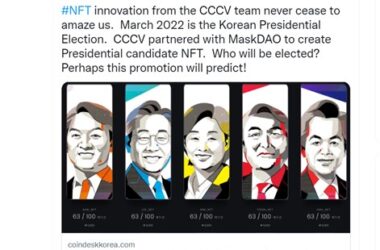 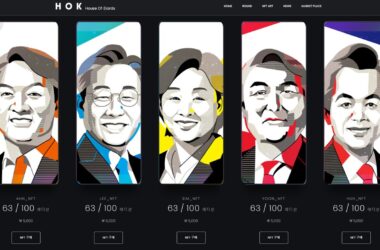